Posts Tagged ‘on the job safety’

6 Ways To Assist With An Employee’s Return To Work 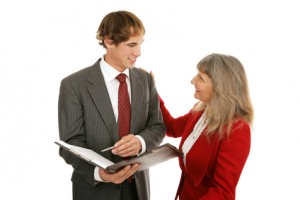 As you can imagine, it’s incredibly difficult to return to work after a long layoff. This is especially true if the absence came as a result of a significant injury or illness. Firstly, it should go without saying that a person’s priority becomes his or her health when such an unfortunate circumstance occurs. So, quite often, one’s daily tasks at work become so far from the mind, they are often forgotten by the time rehabilitation is complete.

But once a person’s physical health has returned to some semblance of normalcy, his or her emotional well-being also needs to be considered. Even if an employee is physically ready to take on the tasks of his or her position at work, he or she is still likely to encounter some trepidation about working again. As a result, there are many things that employers and co-workers should consider in order to help a returning worker with the transition back to the job.

1. Keep in touch. As long as you have the person’s permission, it’s a great idea to keep in contact during the absence from work. According to Mark Swartz of Monster.ca, it’s important to “stay in touch with the affected employee in order to monitor their progress. Reassure them that their job is waiting for them when they’re released to return to work.” Often, people who are unable to perform their regular duties worry about ever being able to do so again.

2. Have a chat. The first couple of days back on the job are bound to be tough for the employee. It’s important to make him or her feel as welcomed back as possible. Shepellfgi.com advises that you “welcome the worker back, discuss how responsibilities were handled during their absence and if there have been any changes to the role…This is also an opportunity for your employee to open up about any concerns or issues, while giving you a chance to offer your support and empathy.”

3. Prepare for the return. Welcoming an employee back to work after a long period of time isn’t something that should be taken lightly. It needs to be planned for. The job the person is coming back to may even have changed. Swartz writes that “it could take you weeks or even months to plan for the return of an employee. Roles may have to be assessed. Workloads need to be reviewed. And job descriptions, possibly schedules too, might have to be modified.”

4. Get your team ready. Reintegrating an employee back into the flow of things at work is a team effort. It will require the cooperation of an entire staff to make its returning team member feel comfortable with reassuming his or her role. “Try to keep your staff updated,” says Swartz, “Then, at least a few weeks ahead of the affected worker’s return, inform your employees. Let them know what to expect and announce changes (if any).”

6. Break them in slowly. Naturally, rushing a person to his or her old self isn’t advisable. As Swartz reminds us, “the longer someone has been away on disability leave, the less you should demand of them right away. Give them time to regain their footing. After all, they may have a new schedule, role, equipment and assignments to deal with. Set reasonable deadlines and provide a supportive environment.”